Please use the following short url to reference this page: https://www.dagstuhl.de/21072

The vision of autonomous agents on the Web is almost as old as the Web itself: in a keynote at the First International Conference on the World-Wide Web (1994), Sir Tim Berners-Lee was noting that documents on the Web describe real objects and relationships among them, and if the semantics of these objects are represented explicitly then machines can browse through and manipulate reality -- a statement now undeniable in the context of the W3C Web of Things activity, which allows sensors and actuators in our physical environment to be abstracted behind Web resources. The vision of using the Web as a uniform interface to disparate systems on which autonomous agents can operate was published in 2001 as part of the broader Semantic Web vision. Recent standardization efforts are now bringing this vision of agents on the Web closer to its implementation and deployment.

The recent evolution towards hypermedia-driven Web APIs, Linked Data, and the Web of Things is turning hypermedia into a homogeneous information fabric that interconnects heterogeneous resources -- physical objects, information resources, abstract concepts, etc. The latest W3C recommendations, as well as various other open standards, allow automated clients to reliably navigate, query, observe, and act on this hypermedia fabric. Researchers and practitioners are now looking for means to build sophisticated clients able to meet their design objectives through flexible autonomous use of this hypermedia fabric. Such autonomous agents have been studied to a large extent in the scientific literature on multi-agent systems (MAS), and the roots in logical formalisms shared by both MAS and Semantic Web research further support the alignment of these areas. These recent developments now require a broader perspective that can only be achieved through a concerted effort of the research communities on the Web Architecture and the Web of Things, Semantic Web and Linked Data, and Autonomous Agents and Multi-Agent Systems.

The vision of autonomous agents on the Web is almost as old as the Web itself: in his keynote at WWW'94, Sir Tim Berners-Lee was noting that documents on the Web describe real objects and relationships among them, and if the semantics of these objects are represented explicitly then machines can browse through and manipulate reality. These ideas were published under the Semantic Web vision in 2001 [1]. Yet in 2007, after having spent the better half of a decade advancing this vision, James Hendler was looking back to conclude that most ideas in the original article were already seeing widespread deployment on the Web except for agent-based systems – and raised the question: “where are all the intelligent agents?” [2].

This question is yet to be addressed. On today's Web, we as human agents are often assisted by invisible software agents, such as crawlers used by search engines to navigate and index Web pages, agents that curate online content produced by people (e.g., Wikipedia's content agents), and recommender systems used all over the Web to generate more links and navigation paths (e.g., suggestions of related Web pages). In our everyday lives, we are assisted by more visible agents, such as Amazon's Alexa, Google Duplex, or Apple's Siri. Some of these agents may already use various AI methods (learning, reasoning, etc.), but they are specialized for narrow tasks and constrained to silos dictated by company ecosystems. We have yet to see more autonomous, cooperative, and long-lived agents on the Web [3] – the intelligent agents in James Hendler's question. We believe this decade-old question is now more relevant than ever before in the context of recent developments in three areas of research: (i)Web Architecture and the Web of Things, (ii) Semantic Web and Linked Data, and (iii) Autonomous Agents and Multi-Agent Systems.

The primary objective of this 5-day seminar was to create a network of senior and young researchers who can revisit and align the relevant research threads across the three targeted areas. The seminar was a blend of invited talks, live demonstrators, and group work. Some of the overarching research questions discussed during the seminar included (not an exhaustive list): How to design software agents able to achieve their tasks through flexible autonomous use of hypermedia? How to design hypermedia-based environments that support autonomous behavior? How to design, represent, and reason about interactions among autonomous agents, people, and any other resources on the Web? How to design and govern communities of autonomous agents and people on the Web?

A number of follow-up steps were already taken to continue the discussions and to further consolidate the community. Most recently, several participants submitted a challenge proposal that was accepted at the 20th International Semantic Web Conference (ISWC 2021): theAll The Agents Challenge (ATAC) will take place in October 2021. In addition, a one-day follow-up event was scheduled for July 9, 2021, and several participants offered to contribute to a shared “live” demonstrator space that would allow to integrate technologies and to try out new ideas across the targeted research areas (see also the working group report in Section 6.1).

The seminar was organized in a fully virtual format due to the COVID-19 pandemic and brought together 45 participants across 4 different time zones. The seminar's schedule was designed for focused online interaction and to preserve to some extent the social dimension specific to regular Dagstuhl Seminars. The schedule was also designed to accommodate the participant's time zones as much as possible. To this end, the schedule was structured around three types of sessions:

The seminar started with five invited talks given by James Hendler, Mike Amundsen, Matthias Kovatsch and Simon Mayer (joint talk), Olivier Boissier, and Dave Raggett (in order of presentation). The invited talks were meant to help bootstrap the discussions and presented developments across the three research areas targeted by the seminar. The reduced virtual format did not allow for additional talks from participants, but we organized several rounds of personal introductions during the first two seminar days. 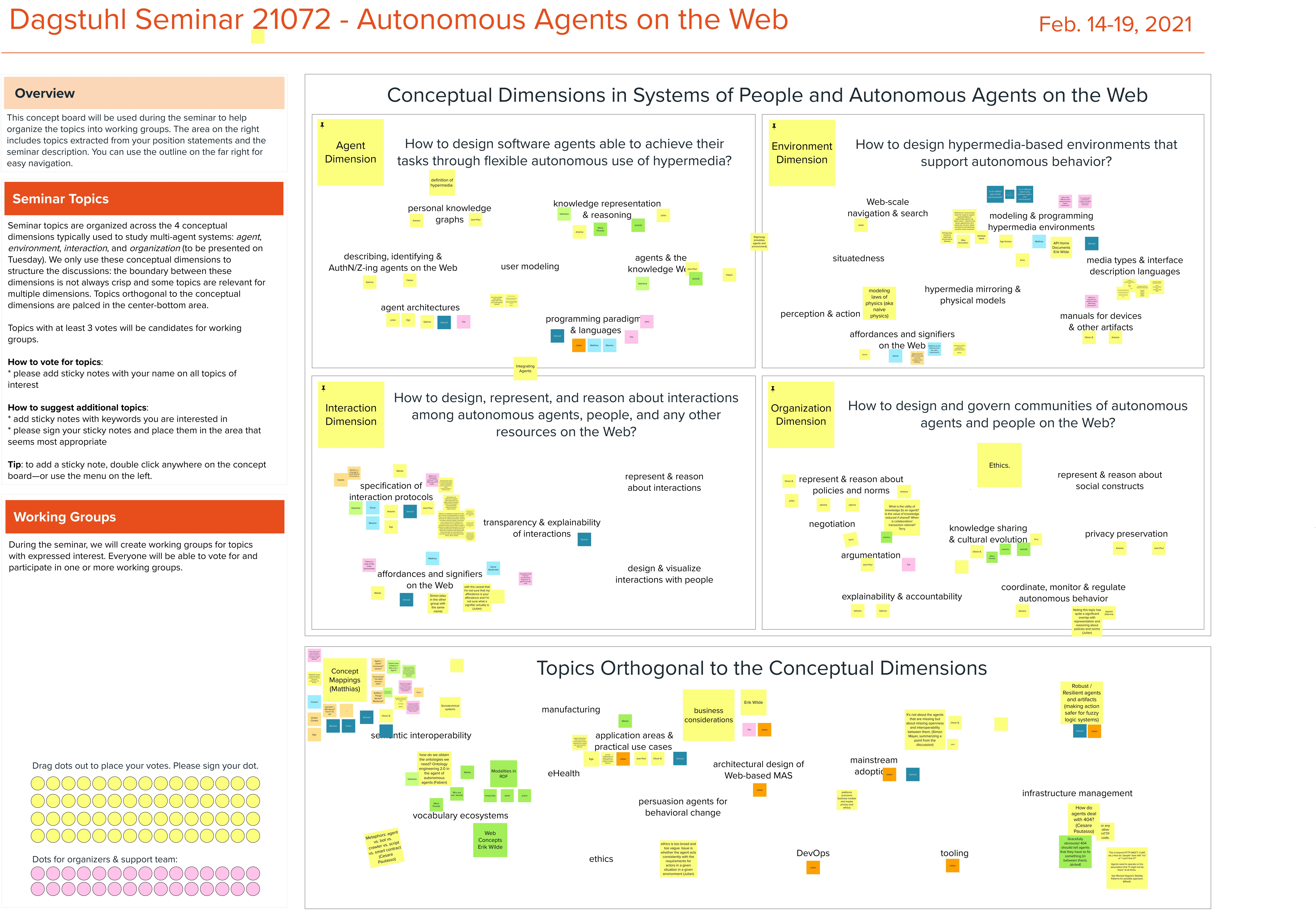 Figure 2 Virtual concept board used to organize the seminar topics into working groups.

The Demos & Tech sessions attracted more submissions than initially foreseen: we initially scheduled two sessions in the second and third seminar days and eventually scheduled a third session in the fourth seminar day to accommodate all submissions. Submissions were in the form of short abstracts (see Section 5) and each participant was given 10 minutes to present a live demonstrator and 5 minutes for questions.

Overview of the Report

The co-organizers would like to thank Fabien Gandon and Simon Mayer for their enthusiasm and support in organizing this seminar. We would also like to thank the team of young researchers who volunteered to support this virtual format: Danai Vachtsevanou (seminar collector), Daniel Schraudner (architect of Virtual Schloss Dagstuhl), Cleber Amaral, Samuele Burattini, Angelo Croatti, Timotheus Kampik, and Adnane Mansour. Finally, we would like to thank Sussanne Bach-Bernhard, Sascha Daeges, and Michael Gerke for their assistance in organizing this seminar in a fully virtual format.